DENVER, CO – (8 November, 2017) – Pure Energy Minerals Limited (TSX VENTURE: PE) (OTCQB: PEMIF) (the “Company” or “Pure Energy”) is pleased to announce that it has entered into an asset purchase agreement (the “Agreement”) with Advantage Lithium Corp. (“Advantage”) and Nevada Sunrise Gold Corporation (“Nevada Sunrise”, together, the “Vendors”) to acquire the Clayton NE claim blocks located in Esmeralda County, Nevada (the “Acquired Claims”). The Acquired Claims are contiguous with the northern portion of the Company’s Clayton Valley Project (“CV Project”) and to Albemarle Corporation’s (“Albemarle”) Silver Peak Operations, the only producing lithium brine mine in North America. Upon completion of the acquisition of the new claims, Pure Energy’s CV Project will cover approximately 26,050 acres (10,542 hectares). The acquisition is expected to close on or before November 30, 2017.

Highlights of the Transaction

Patrick Highsmith, President and CEO of the Company, commented on the acquisition, “We are excited to add this high grade brine project onto Pure Energy’s exceptional land position surrounding North America’s only producing lithium mine. This land package is a natural fit with our current holdings. Based on Advantage’s excellent exploration results to date, the property holds great promise to add to our existing brine resource in the near-term. We also welcome Advantage and Nevada Sunrise as shareholders of our company. We believe this acquisition is a clear example of the growth potential that remains in Clayton Valley for Pure Energy. Soon the exploration drill will return to the project and we shall continue on our way toward validating the fastest, greenest, most efficient lithium process in the world.” 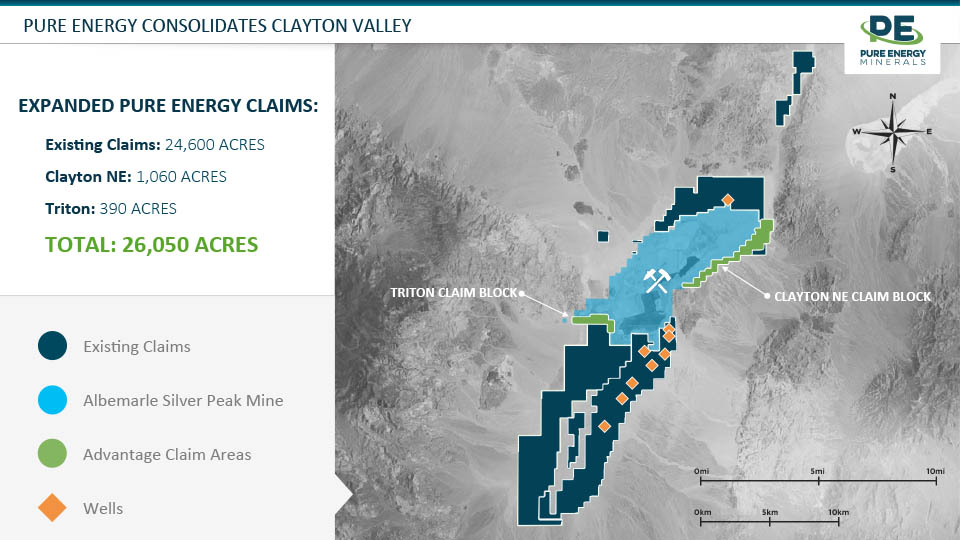 Figure 1 shows the Acquired Claims relative to the existing Clayton Valley Project. Advantage Lithium’s drilling on the Clayton NE claim block encountered several aquifer systems that were consistent with those described in technical publications on Clayton Valley, including interbedded ash, silt, and sand horizons and a deep gravel aquifer (See Advantage news releases dated Nov. 1, Dec. 5, Dec. 21, 2016, Mar. 1, 2017, and April 3, 2017). While there was some variability of lithium content among the different aquifer systems, the data support a general increase of lithium grades with depth.

Pure Energy’s Vice President, Walter Weinig, remarked on the lithium content of the newly acquired properties, “The Advantage drilling encountered generally increasing lithium content with depth in the lower aquifer systems. In fact, the presence of over 260 mg/L lithium in the interpreted lower gravel aquifer is very consistent with the deep gravel aquifer system we see in our existing resource. What we are most excited about is that these results affirm the tendency for higher grades on the eastern side of the project as we prepare to test the new geophysical anomalies on the North Valley targets. ”

Summary of the Agreement

Patrick Highsmith, Certified Professional Geologist (AIPG CPG # 11702), is a qualified person as defined by NI 43-101, and has supervised the preparation of the scientific and technical information in this news release. Mr. Highsmith is not independent of the Company as he is an officer and director.

Pure Energy Minerals is a lithium resource developer that is driven to become a low-cost supplier for the growing lithium battery industry. The Company is developing the CV Project in Clayton Valley, Nevada.  The Company is also exploring a major new lithium brine project in the Lithium Triangle of South America, the Terra Cotta Project (“TCP”).  The TCP is located on Pocitos Salar in Salta, Argentina, where it enjoys some of the best infrastructure and access of any lithium brine exploration project in Argentina.

On behalf of the Board of Directors,
“Patrick Highsmith”
Chief Executive Officer

The information in this news release contains forward looking statements that are subject to a number of known and unknown risks, uncertainties and other factors that may cause actual results to differ materially from those anticipated in our forward looking statements. Factors that could cause such differences include: changes in world commodity markets, equity markets, costs and supply of materials relevant to the mining industry, change in government and changes to regulations affecting the mining industry. Forward-looking statements in this release may include statements regarding completion of acquisition of the Acquired Claims, receipt of approval of the TSX Venture Exchange, additions to existing mineral resources, successful development of a new lithium process, and future exploration on the CV Project. Although we believe the expectations reflected in our forward looking statements are reasonable, results may vary, and we cannot guarantee future results, levels of activity, performance or achievements.